The Inspire Foundation opened a Learning Centre that caters for people with specific and non-specific learning difficulties - although not necessarily having a disability. This learning centre was sponsored by the Children in Need foundation.

A learning difficulty affects the way a person learns new things and processes information. It may also affect the way an individual communicates. Although a learning difficulty is not necessarily a disability, without the proper support a child will miss out on educational milestones and will face difficulties later on in life.

Inspires Learning Centre will be entirely focused on helping children and young adults cope and overcome various learning difficulties with special emphasis on literacy and numeracy difficulties such as dyslexia or dyscalculia.

It will provide students with the appropriate support and will help them through personalised and multi sensory intervention. This is done through various group or individual sessions delivered by qualified and experienced tutors, either in the home or at the Inspire Learning Centre.

The Learning Centre will also hold workshops and seminars to train parents and educators to be in a better position to help children facing such difficulties.

June 4th 2014
Employment and the Environment

A recent opportunity surfaced recently for Inspire to collaborate with Empower Coop Ltd in order to create an employment opportunity for 4 persons with disabilities - trained in employability skills and ready to enter the labour market.

Through a recycling project and through Inspires charity shops, people donate their unwanted used clothes. These clothes are then sold to a subcontracting agent who then provide the clothes to the employees at Empower Coop. The Empower employees then sort the clothes (good from bad) and pack them into bags. These bags are then stacked into a 40 tonne container and shipped out to places in Europe or outside Europe and re-sold/re-used. The third party then pays Empower for the work done and that is divided to cover the wages of the employees and other overhead costs incurred.

This has been an excellent opportunity to provide employment opportunities to persons with disabilities as well as being an asset towards the environment. 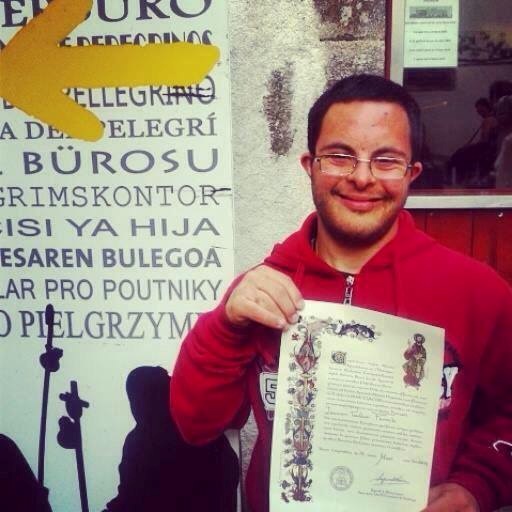 El Camino de Santiago (also known as The Way of St. James) is a pilgrimage route leading to the shrine of the Apostle St. James the Great in the Cathedral of Santiago deCompostela, Spain.

A group of around 24 individuals from different walks of life grouped up together to undertake 112km of the pilgrimage in aid of Inspire. The aim was to fundraise a total of around 650 for Inspire for them to undertake the challenge. Other than to raise funds and awareness for Inspire, the aim of this challenge was to group different people of different abilities towards one common goal.

So much so, included in the group were a number of people that some form of disability. One of those individuals was Jean Paul (right) - a 24 year old young man with Down Syndrome - who undertook and succeeded the whole challenge with the rest of his peers.

Inspire is proud to be able to look past peoples (dis)abilities and enable them to strive towards their goal - irrespective of how challenging it may be.

April 29th 2014
April was the month of Autism Awareness

As an organisation, Inspire launched an online campaign with the name of #bakeitblue, The #tag was shared on various social media and encouraged people to bake within the blue theme (blue is the colour which represents the autism spectrum).

The ASD (Autistic Spectrum Disorder) programmes at Inspire organised group sessions for individuals on the spectrum which brought about being different and the importance of diversity within an inclusive society.

There is also a World Wide Autism Awareness Campaign which is held yearly and Malta was one of the countries which participated in this campaign also. The Prime Ministers office - Castille Palace was one of the 7000 world wide buildings/monuments which was lit up blue as part of the Light it Up Blue campaign in the 6th year organised by Autism Speaks.

This month Inspire organised a number of activities in order to raise awareness for Down Syndrome, since this month was Down Syndrome Awareness Month. Throughout the awareness week, there was an exhibition of photos of some individuals having Down Syndrome. The theme was Healthy Lifestyle, and the photos exhibited were in line with this theme.

There was an extraordinary turnout of parents and clients. On the 19th, in order to further promote Healthy and Active Lifestyles, a walk was held in one of the local countryside areas which lead them to one of the local Fitness Clubs where there were a number of activities and information sessions/workshops held in order to raise awareness on healthy living and information on the support available on the topic. Finally, on the 21st Inspire participate in the Lots of Socks Campaign were the general public and children in schools were encouraged to wear a pair of different socks on the days to celebrate diversity.

It was an eventful week which raised a lot of awareness on Down Syndrome and on the potential of those who have it.

Numicon is a multi-sensory maths teaching programme using special number shapes in a series of practical teaching activities. Children develop their own mental number imagery as they combine and compare the shapes in a series of practical activities making it easier for them to understand numbers and their relationships. Inspire will be offering workshops to teachers, LSAs, parents, and other interested indivduals for them to be able to make use of this effective tool with their own students or children.

The Multipliers meeting took place in order to finalize the works on the preparation of publication of efficient forms of professional activation of people with disabilities in Polish conditions. From this time we start preparing the graphic design of the publication. 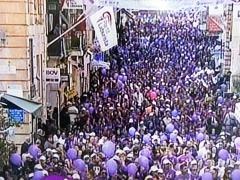 Over 14,500 people registered for the annual Presidents Fun Run in early December, each paying €10, making this one of the largest Fundraising Event in Malta. President George Abela, together with the Prime Minister and other deputy leaders, lead the joggers, while the Presidents wife led the walkers. People from all over the country, of all ages, race and ability joined in and walked or jogged to the capital city. The funds raised from the event are distributed to local charities or other individuals in need.

The preliminary version of the publication of efficient forms of professional activation of people with disabilities in Polish conditions has been prepared.

With the International World Disability Day nearing, Inspire is working hard in collaboration with the wife of the Maltese Prime Minister, Ms Michelle Muscat to encourage individuals to fundraise a seat for a High Tea event within the Auberge De Castille. The event is in aid of Inspire and aimed to raise more awareness about disability. Participants will helping Inspire to promote an understanding of disability issues and mobilize support for the dignity, rights and wellbeing of persons with disabilities.

HUMAN - THE BEST INVESTMENT
The project is co-financed by the European Union under the European Social Fund.
project number: WND-POKL.06.01.01-02-128/12